Adelphi Masterfil customer Evans Vanodine are an internationally leading manufacturer of janitorial and livestock protection chemicals and disinfectants. They blend and fill over one hundred different products at their expansive Lancashire production facility, where Adelphi Masterfil’s Northern Sales Manager Andy, and Marketing Executive Rachel, were recently treated to a tour. Maintenance Manager Derek Wilson, who has been with Evans Vanodine since 1993, was pleased to show off their facilities; in particular the nearly 20 Masterfil machines which Evans Vanodine have accumulated over the years!

The relationship between the two companies dates back to 1985, when Evans Vanodine invested in their first Masterfil product; the S5000-S semi-automatic filler. They have since purchased several more of these versatile machines, as well as a fully automatic six-head filling and capping line, which was initially purchased in 2000 and later upgraded to an eight-head filler.

The Adelphi Group of Companies acquired Masterfil in 2007, re-incorporating the brand as Adelphi Masterfil. Since the acquisition, Evans Vanodine have invested in two Boom Arm Fillers (one flowmeter version, and one attached to a double-acting volumetric semi-automatic filler), which were installed in 2013. Andy was the sales manager responsible for guiding Evans Vanodine through this process. Derek describes Andy as “helpful and informative”, and says that “he always responds quickly”. 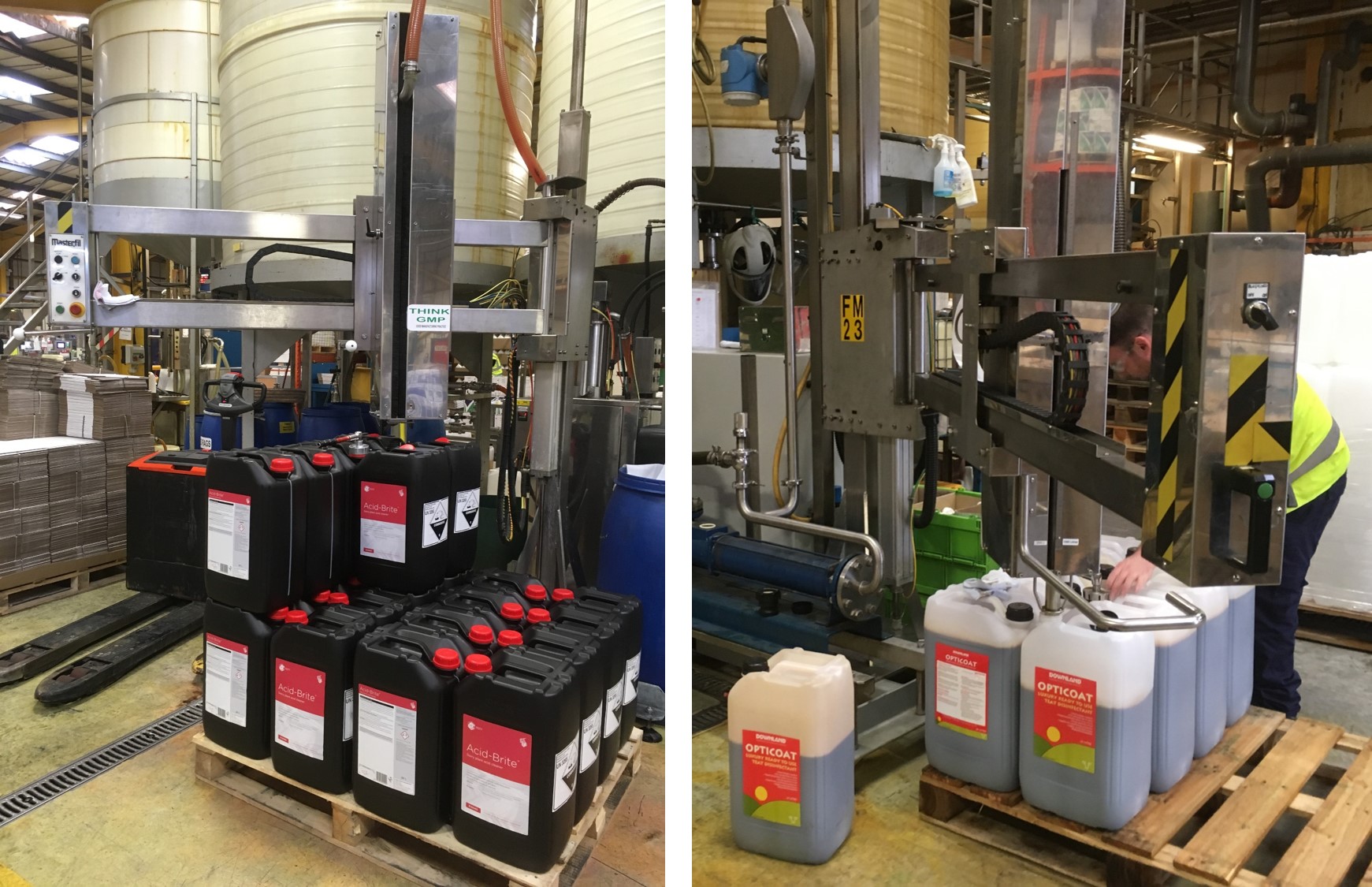 The volumetric boom filler which Andy was pleased to supply, includes a bench height platform at the rear, enabling this single machine to fill products into a wide range of containers, from 5L to 1000L. This keeps cleaning downtime for the machine to an absolute minimum when changing between filling different container sizes.

When asked about the decision to purchase these newer products from Adelphi Masterfil, Derek points at the older Masterfil machines which are still running more than three decades later, and laughs “that says it all!” He goes on to describe his “confidence” in Evans Vanodine’s Masterfil machines, labelling them “well built” and robust bits of kit”.

And they need to be, with demand for Evans Vanodine’s products – particularly their iodine-based disinfectant – at an all-time high owing to the current avian flu outbreak in China. Production runs from 7.30am – 5.30pm, 5 days per week, and one Evans Vanodine machine has run 10 million cycles in 3 years!

Derek stresses that “Adelphi have kept the integrity of the Masterfil kit and spares the same”, which is an important factor for his production continuity. Evans Vanodine’s on-site team of five engineers are responsible for keeping production running smoothly; as they have so many Masterfil machines, and have had them for so long, “our team know Masterfil machinery inside out”, says Derek, adding “it’s really helpful for us that Masterfil parts are all interchangeable between their machines”. 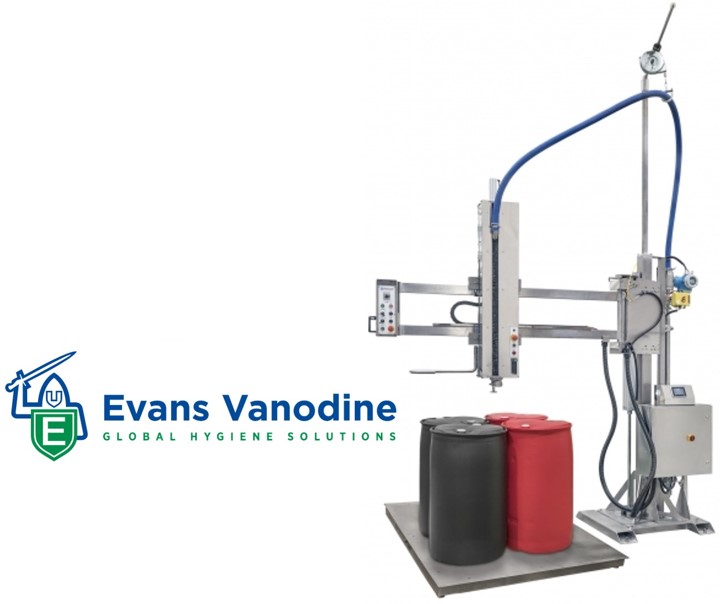 Evans Vanodine and Adelphi Masterfil share many values; notably a real focus on quality and the pursuit of excellence. This is especially visible at the Evans Vanodine site, which has GMP (Good Manufacturing Practice) reminders at every turn, while Adelphi Masterfil are currently shortlisted for the TMMX Operational Excellence Award thanks to their ISO accreditation (achieved in August 2018).

Both companies also have a keen interest in sustainability. Evans Vanodine operate under a management system accredited by the British Standards Institution, under the Environmental Management Standard ISO 14001. This requires the company to commit to the protection of the environment, and fully comply with all relevant environmental legislation. Evans Vanodine have also signed up to a scheme set up by their local chambers of commerce, which is aimed at helping businesses improve energy and environmental efficiencies, introduce on site renewable energy generation and reduce carbon footprint.. In 2018 Adelphi Masterfil also received two awards in this field; Environmental Initiative of the Year (PPMA), and Sustainable Manufacturer of the Year (Made in the South East).

Both Evans Vanodine and Adelphi Masterfil are also family-run businesses; a factor which Derek really appreciates. “It’s a different feeling with a family company”, he says. “They really care”.

2019 is Evans Vanodine’s centenary year, and at Adelphi Masterfil we wish them every success in the future, as our special relationship continues.

Are you manufacturing for the chemical or sanitary products industry, and want to know more? Challenge our team to meet your production requirements today, by calling +44 (0)1444 472300 or emailing info@adelphi.uk.com.