Kilco International (a division of the Kersia Group), based in Scotland, are a market leader in products for the detergents, disinfectants and agricultural solutions industries. Their outstanding Animal Health Department is considered an international authority on biosecurity products and protocols, with Kilco avian representatives often among the first called to a site in the event of an outbreak such as Bird Flu. They have a varied client-base of both distributors and end-users, throughout the UK and as far afield as Saudi Arabia, Russia, India and Pakistan.

Kilco are committed to “leading from the front” when it comes to new products for the detergents, disinfectants and farming industries, and have their own impressive dedicated research laboratories to that end. The four key areas of focus for the business are Disease Prevention, Food Safety, Drinking Water, and finding alternatives to substances of concern.

Adelphi Masterfil are proud to be able to assist Kilco with the filling of their range of chemical-based and animal health, which includes sanitary products, bleaches, detergents, foot wash, vehicle wash and more. In 2016, when the originally family-run Kilco were expanding and modernising their operations and facilities, Adelphi Masterfil were pleased to create two Boom Arm Fillers to suit Kilco’s requirements. These semi-automatic weigh scale filling machines can fill containers from 20 – 1000L (normally drums and IBC’s), with exceptional filling accuracy of +/- 0.2%. 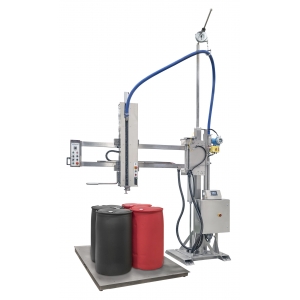 Engineering Co-Ordinator John Forsyth remembered the Masterfil brand and had seen Masterfil machines in action in a previous role outside of Kilco, so when the need for new machinery arose, he went straight to Adelphi Masterfil’s website. “The only supplier we really seriously considered in our purchasing process was Adelphi Masterfil”, remembers John, “as I’d had previous positive experience of their machinery”.

John struck up a firm friendship with Adelphi Masterfil’s Northern Sales Manager Andy Clark during the purchase, and is described by John as a “really top bloke!” Andy even attended John’s wedding some years later. To assist with the sale, Andy took John, along with Kilco’s Technical Director, to visit the site of another company who already had Adelphi Masterfil Boom Fillers up and running. After seeing the machines in action, John immediately ordered two, and he describes them as “flexible”, “faster than our existing indexing filler”, and “very good indeed at what they do”.

During the design phase, Adelphi Masterfil’s technical team were able to engineer-in some bespoke alloy electrodes to allow Kilco’s machines to handle more corrosive products, including their range of sodium hydroxide, sodium hydrochloride and iodine based products. In addition to this amendment, John describes the key advantages of the Boom Fillers for his applications as “speed” and “needing less wash-down in between products, so faster product changeover”. The latter was a significant factor as Kilco are using the Boom Fillers to fill their chemical and sanitary range into 20L, 25L, 200L and 1000L containers. John also cites “eliminating the need for the manual handling of full drums” as a major benefit of Adelphi Masterfil’s machines: “we now place empty drums onto a pallet, on which they are filled by the Boom Fillers before being pallet-wrapped, which is much more efficient”. 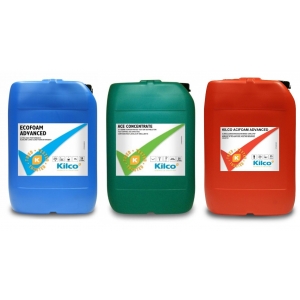 John is also keen to stress his positive experiences with Adelphi Masterfil’s servicing and spares (after-sales) department. If ever an issue arises with the machines, John enthuses that “Andy is always on the other end of the phone – I just call him, and he sorts it out for me. He always phones back with a solution within 15 minutes, and within about 3 days we have an engineer at our site”. In regards to scheduled servicing, John says that “we rarely touch the machines ourselves, we just leave them to do their thing; we trust Adelphi Masterfil’s specialist engineers, and have our machines serviced a minimum of once per year”. He describes the servicing team as “100% good – I couldn’t ask for better!”

Are you manufacturing for the chemical or sanitary products industry, and want to know more? Challenge our team to meet your requirements today, by calling +44 (0)1444 472300 or emailing info@adelphi.uk.com. 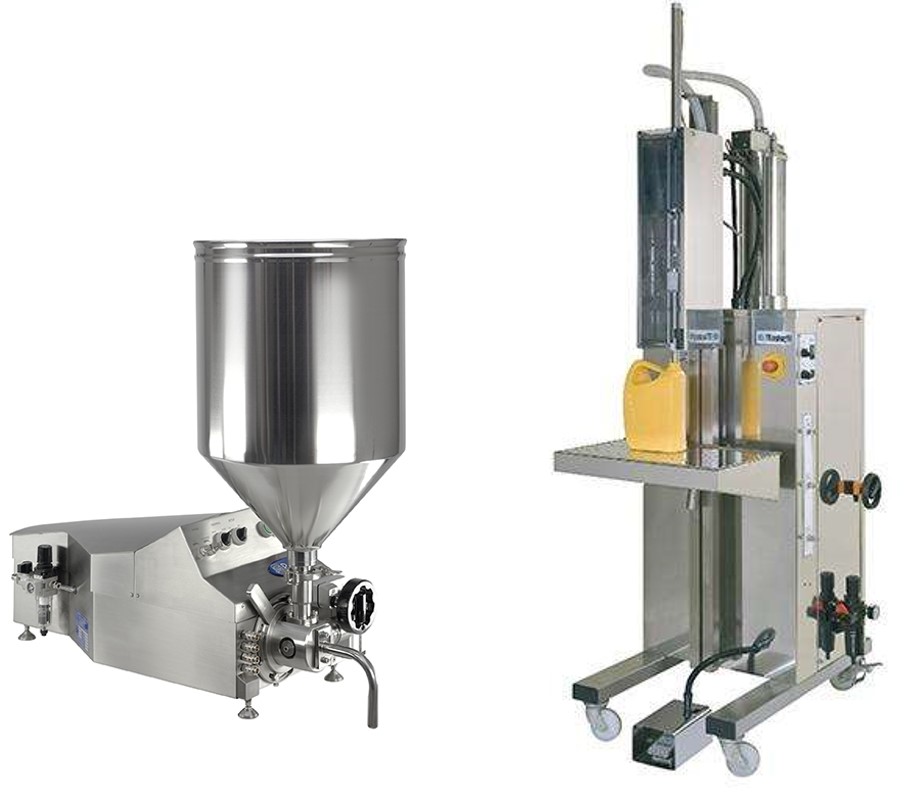