A glowing review from BASF Swinton   Next Article >   < Previous Article 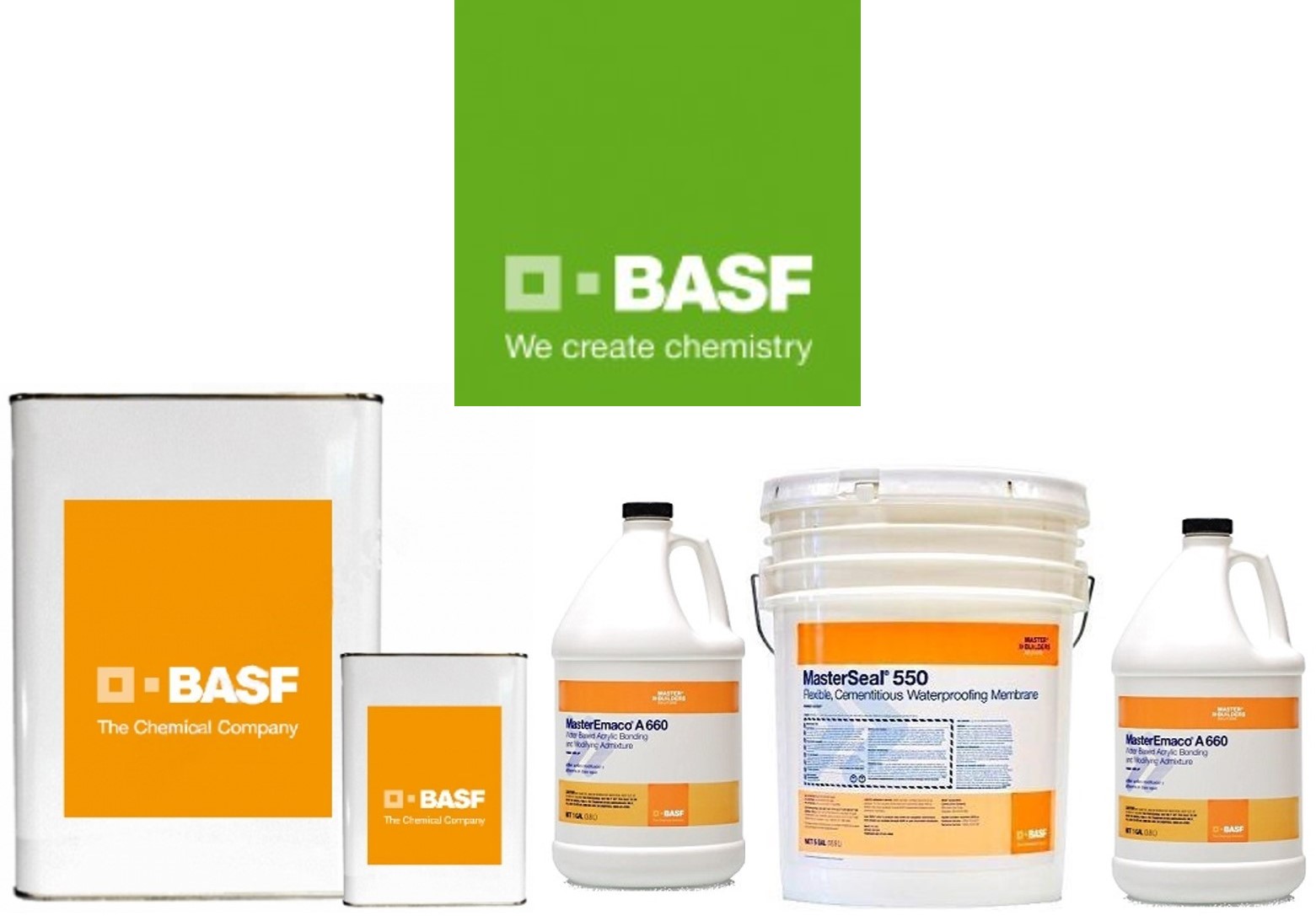 Adelphi Masterfil customer BASF PLC (Swinton) is a leading manufacturer of concrete admixtures and concrete repair products, for the civil engineering and concrete manufacturing industries. BASF products have been, and continue to be, used in projects at the forefront of progressive construction, from the Channel Tunnel, to the new Cross Rail. Their modern purpose-built manufacturing facility with its on-site development laboratory – situated in Greater Manchester – has a meticulously run production schedule, aided by two Adelphi Masterfil Boom Arm filling machines.

BASF Swinton’s Quality & Environmental Manager Paul Higson was recently pleased to show Adelphi Masterfil’s Northern Sales Manager Andy, and Marketing Executive Rachel, around their production area, while discussing the successes of the machines and the fantastic relationship between the two companies.

In 2015, BASF’s Engineering Manager Nigel Sloss realised a need to modernise their filling technology, which was mostly manual at the time. “The previous machine kept breaking down, and had no spare parts availability”, remembers Paul. Several different suppliers were considered when looking for a replacement, but Nigel was most impressed by the equipment manufactured by Adelphi Masterfil. Andy was pleased to be able to supply an Adelphi Masterfil Flowmeter Boom Arm Filler, which now incorporates a roller conveyor, to meet BASF’s needs. 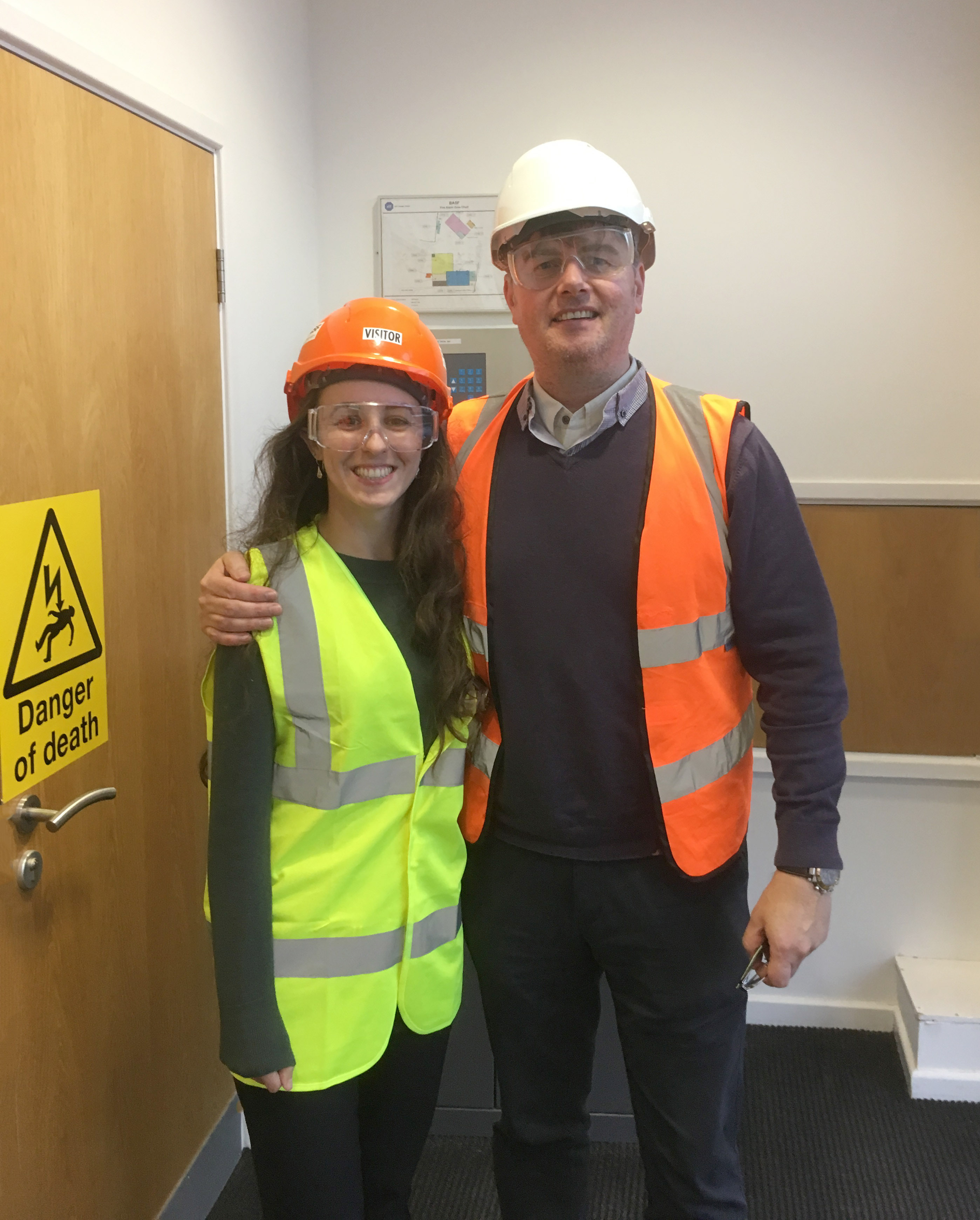 Andy and Rachel at the BASF site

Paul cites the “accuracy” and “safety features, including less chance of the operator coming into contact with the chemical product”, as the most important benefits of this machine for BASF. Its proven reliability is another a major advantage: Paul showed Rachel and Andy how his Filling Supervisor is confident to leave the Boom Arm Filler to do its job, while continuing with other production tasks. “It works really well”, says Paul, who also appreciates the “in-flight adjustment of fill volume according to the specific gravity of the different products”, facilitated by Adelphi Masterfil’s machine. A centrifugal pump constantly feeds the Boom Filler, and Paul is pleased to report that “we can fill an IBC in 2 minutes, depending on the product!” The intelligent roller conveyor system integrated with this machine saves energy, by using gravity to take the full IBC’s down the length of the conveyor.

Although Nigel had visited Adelphi’s site for a Factory Acceptance Test when purchasing the first Boom Filler in 2015, when looking to invest a second time in 2016, he felt confident enough in Adelphi’s technology and purchasing process that the FAT was completed via video. “We’ve been very happy with Andy’s support”, Paul smiles. “He came in to oversee the initial installation. We’ve had really good service from Adelphi Masterfil overall”.

BASF’s second Boom Arm filler was created with a 120 degree swing facility in the arm itself. This enables IBC’s to be filled side-by-side, by simply swinging the arm across. Many different BASF products are being filled on this machine, with various different viscosities. This includes some products which are soapy, but the Boom Arm filler comes with the capacity to adjust the fill style to minimise foaming. Paul was pleased to show Andy and Rachel that BASF keep their machines immaculately clean; “we’re reliant on them”, he says. “They’re working 8-10 hours per day, 5 or 6 days per week, and we fill around 9,000 IBC’s per year”.

With their major markets on the increase – especially in London, where construction projects are digging down and building up further than anywhere else in the UK – BASF’s progressive chemical technologies are going from strength to strength, and Adelphi Masterfil are proud to be a part of their processes. Paul concludes the tour by enthusing that “we’ve had them quite a while now, and I would definitely recommend Adelphi Masterfil’s machines”.

Are you filling drums, IBC’s or other large volume containers, and want to know more? Challenge our team to meet your production requirements today, by calling +44 (0)1444 472300 or emailing info@adelphi.uk.com.